To mark Black History Month 2015, this week’s blog highlights the presence of art works by two renowned Malagasy artists, Emile Ralambo and James Rainimaharosoa, in the collections at SOAS Archives, and reflects more broadly on the strength of the Madagascar collections at SOAS, which have attracted the interest of academic researchers from around the world and also the Malagasy community within Britain, through our contact with the Anglo-Malagasy Society.

In March 2015, SOAS Archives received a generous gift of 6 striking paintings, produced on cloth by Malagasy artists, dating from the late 19th century. The paintings descended through a family with missionary forebears who worked in Madagascar, and are thought to have been used as visual aids by the missionaries when speaking about their work, particularly with British audiences upon their return home. The paintings offer a glimpse of the artistic techniques employed by local Malagasy artists, and also the lifestyle and culture of Madagascar at the time. 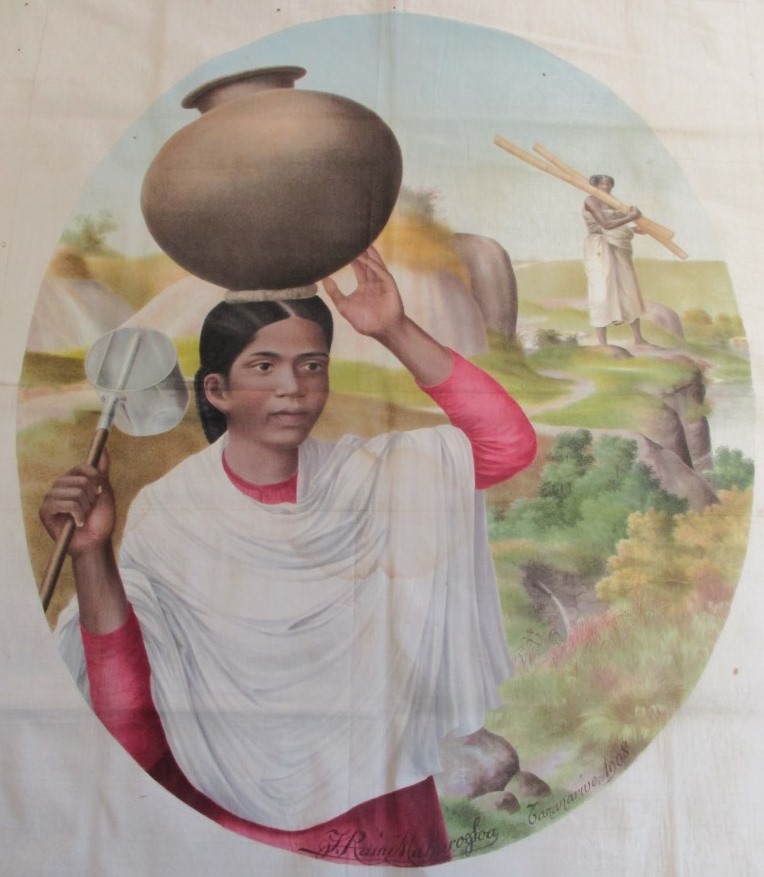 Several of the paintings in the collection (reference MS 381237) are by James Rainimaharosoa (1860-1926), one of the earliest known Malagasy painters. Rainimaharosoa undertook portraits for Joseph Simon Gallieni (1849-1916), a French military commander and administrator in the French colonies, including Madagascar. In 1900, he exhibited at the Exposition Universelle [Universal Exhibition] in Paris, and six years later at the Exposition Coloniale [Colonial Exhibition] in Marseilles. [i] 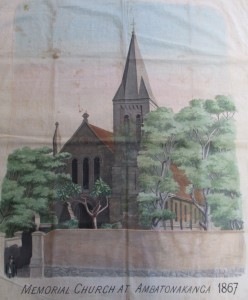 The paintings depict Malagasy people, including a ‘water carrier’ and a ‘gentleman on Palanquin’, scenes of daily life, including ‘working rice fields’ and ‘drawing water’, and buildings, including ‘old style chapel’ and ‘Memorial Church at Ambatonakanga, 1867’.

Another Malagasy artist whose works can be found within the archives of the London Missionary Society is Emile Ralambo (1879-1963). Ralambo was born in Anatanarivo, son of Rainizanany Rakotovao Razafindrasoalandy and composer Rainitovo. He attended the English School Ambohijatovo Atsimo. After graduation he became a teacher in Protestant missionary schools, where he worked for over 30 years in Fianarantsoa. As an artist, he was self-taught. His paintings featured Malagasy landscapes and life, as well as portraits. The main buyers of Ralambo’s paintings were Europeans who stayed in Madagascar as officials or missionaries. He participated in various exhibitions in Madagascar and internationally, winning medals in Antananarivo in 1952 and Vichy in 1960. His paintings are now held in collections across the world.

Ralambo’s paintings at SOAS include a series of watercolour portraits (reference CWM/LMS/Home/Madagascar Pictures/5 a-f), dating from between 1936-1937, of Malagasy peoples representative of ethnic groups identified on captions as ‘Betsileo’, ‘Betsimisardra’, ‘Nova’ and ‘Tandrory’. There is a separate painting of a scene, entitled ‘Ambohipitiavana [Madagascar]’, dating from 1931 (reference CWM/LMS/Home/Madagascar Pictures/6).

The research value of these images should be seen in the wider context of the important collections on Madagascar held at SOAS Library. Spanning the period 1774 to 1995, these include the Hardyman Madagascar Collection of published books (classmarks WYM and E WYM), a unique collection on Madagascar, donated in 1991 by Mr and Mrs J.T. Hardyman. While reflecting Mr Hardyman’s life and work as a missionary in Madagascar (between 1946 and 1974), the books cover a range of subjects and include a large number of works in the Malagasy language. Alongside his library, Hardyman donated a large archive of personal papers (reference PP MS 63), representing a lifetime of avid collecting of material relating to Madagascar and documenting the historical, political, economic and cultural interaction between European and Malagasy peoples, from colonial times to the present day. The archives cover diverse topics, from the environment, land rights, politics and development, to the arts and more.

All archive collections and rare books from the Hardyman Collection (classmark E WYM) are available for consultation in the Special Collections Reading Room. 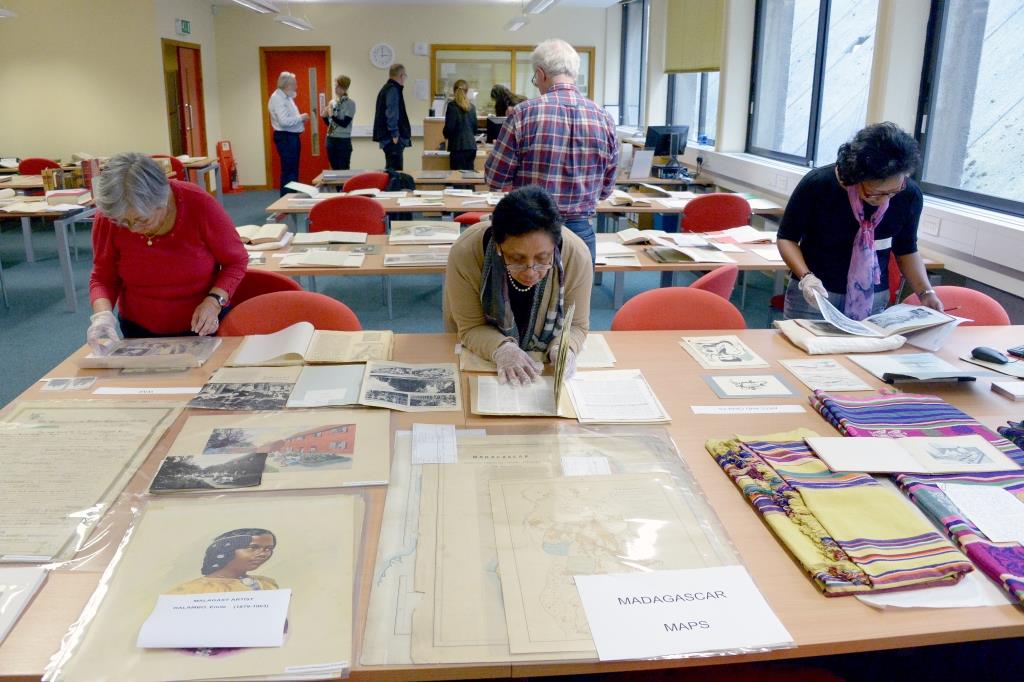