‘Colonial Christian Missions and their Legacies’: reflections on a conference

Home/Behind the scenes, Collections & Research/‘Colonial Christian Missions and their Legacies’: reflections on a conference

‘Colonial Christian Missions and their Legacies’: reflections on a conference

This week’s blog reflects on a conference held at the University of Copenhagen, 27th-29th April this year, entitled ‘Colonial Christian Missions and their Legacies’. One of our archivists, Jo Ichimura, looks back at the themes and highlights of the conference, which has particular relevance for the many researchers who come in to use the extensive missionary collections held by SOAS Archives. 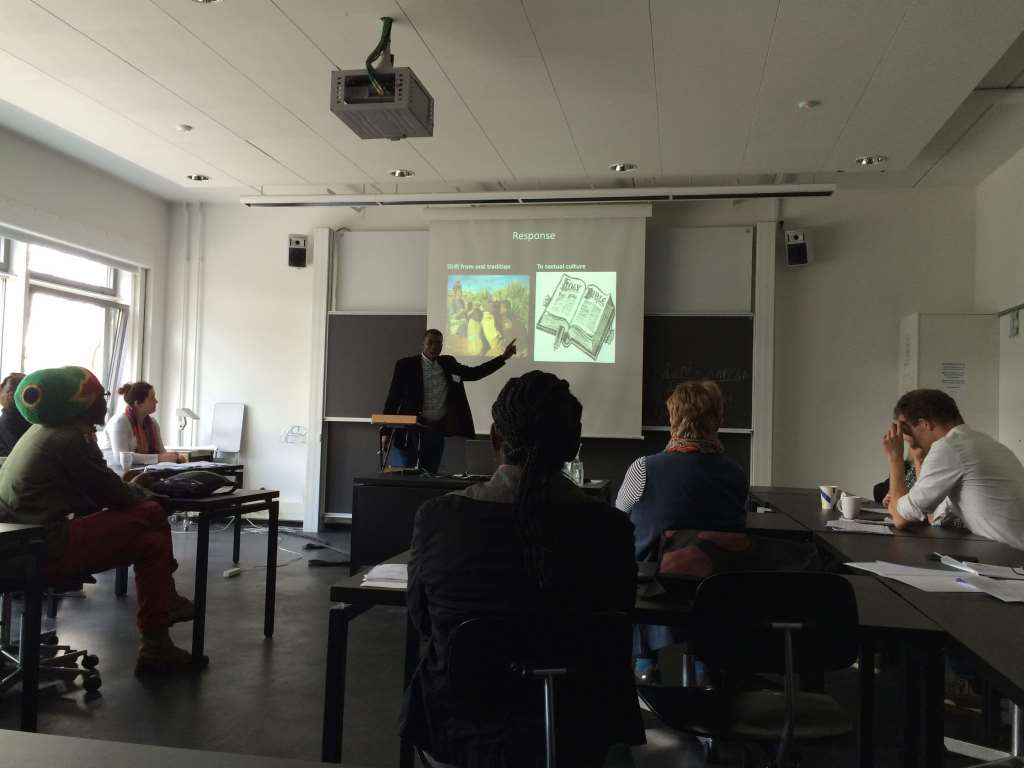 Fortune Afatakpa (University of Ibadan, Nigeria) presenting his paper, 'Igbe and its Revolutionary Response to Christian Missionary Activities among the Urhobo Ethnic Group of the Niger Delta'

“How are colonial Christian missions remembered or memorialized in different contexts and spaces?” “How are they forgotten?” “What voice do indigenous people (Christian and non-Christian) have in these representations?” “How can we, as academics, artists, museum directors and educators, move towards representing them in more multifaceted, nuanced and thought-provoking ways?”  These were some of the many questions considered by participants of this international conference organised and hosted by the University of Copenhagen, which opened with an acknowledgement of the difficulty of the topic, associated as it is with the inherent injustices of colonialism and the ethical and emotional perspectives that this creates.

They are also familiar questions for SOAS Archives, where we grapple with the challenges of managing colonial archives in the context of SOAS – an engaged and multicultural community very much alive to the immediate and difficult legacies of the colonial era. How can we reconcile the unquestionable value of these rich and engaging historical sources with the powerful and often personal feelings that they can elicit? What do the voices, but also the silences in the documentary record have to tell us?

The conference, aimed at academics, early career researchers, museum and archive professionals and educators, aimed to provide a platform for discussion around the fundamentally complex entanglement of mission work and colonialism, and the precise nature of the legacy of Protestant and Catholic European Christian missions on postcolonial and not-yet-postcolonial societies today. This was done through a particularly wide-ranging conference programme, reflecting the interdisciplinary nature of mission studies today, which drew upon history, politics, economics, literature,  linguistics,  translation studies, gender studies, education, anthropology and museum curatorial practices. The breadth of research undertaken by the large numbers of scholars and members of the public visiting SOAS to use the missionary collections attests to this incredible diversity.

The geographical location of the conference meant that there were a number of papers looking at the relationship between Denmark and Greenland (claimed by Denmark and Norway for centuries, Greenland became a Danish colony in 1814, and a part of the Danish Realm in 1953 under the Constitution of Denmark), and the very current legacies of this often problematic relationship in politics, language and literature. 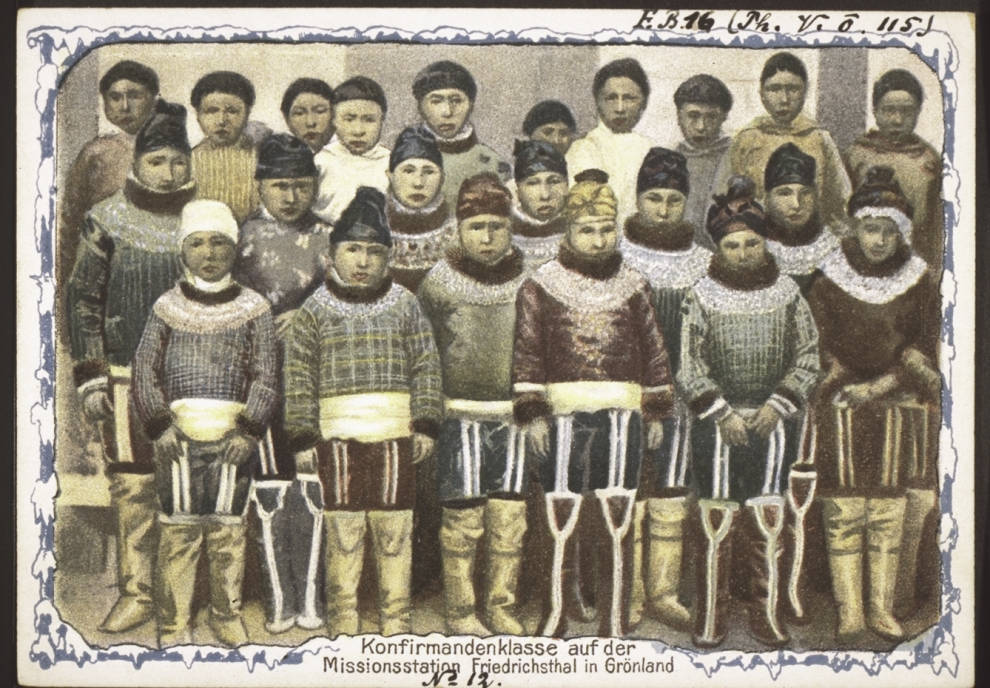 There was an interesting range of papers given by African academics, which looked at the direct legacies (material, cultural and political) of Christian missions on colonised communities across Africa, with a focus on Ghana, Kenya and Nigeria. These papers considered the complexity of the cross-cultural encounter, which resulted in the assimilation of some elements of European Christianity, rejection of others, and ultimately the Africanisation of the church both within the Christian tradition, and outside it as a direct rejection of the faith of the colonisers.

There was also a strong representation of papers looking at the colonisation of Australia and where Christian missionaries sat within this process; the present-day relationship between aboriginal (First Nation) peoples and the Australian state; legacies in areas such as land rights, education and cross-cultural awareness, and the role of academic institutions, educators, archivists and museum curators in creating new spaces for discourse, raising awareness and facilitating reconciliation.

As an archivist with an interest in the power of historical sources to inform and influence conversations in the present-day, I particularly enjoyed a keynote talk given by Julie Evans (University of Melbourne, Australia). This looked at the Minutes of Evidence Project, which has original documentary evidence at its heart. The project’s website summarises its aims: “The Minutes of Evidence project sheds light on a little-known chapter of Victoria’s past, the 1881 Parliamentary Inquiry into the Aboriginal Reserve at Coranderrk, in order to spark public conversations about history and structural justice, and to raise awareness about the importance of collaboration between Indigenous and non-Indigenous people to promote a just and shared future. The project creates ‘meeting points’ in schools, on Country, in theatres and between scholars, so that the nation’s past — and present — can be explored, shared and interrogated in new and engaging ways.”

Conclusions drawn from the conference were diverse, highlighting the complex and pervading legacies of colonial Christian mission across political, economic, social, religious and cultural life in the individual societies considered. Missionaries often occupied an ambiguous position vis-à-vis colonial authorities and indigenous populations, and their stance was often defined by their specific location and context, or “historical geography”. Religious conversion could be a process of exchange, negotiation and assimilation, but was also characterized by resistance, violence and schism. These are often tragic histories, with powerful and emotional stories to tell. They are open to interpretation and manipulation, with deliberate strategies of ‘remembering’ and ‘forgetting’ employed by different interest groups.

There was considerable discussion around the difficulty of communicating this complex and nuanced legacy to wider audiences, especially in the context of public exhibitions and outreach activities, when the source material on display can be particularly challenging. But it was argued that academia had a responsibility to facilitate meaningful conversations about this problematic past to engender a greater understanding of the issues, to work towards more open and balanced educational processes and even to assist in the process of reconciliation. 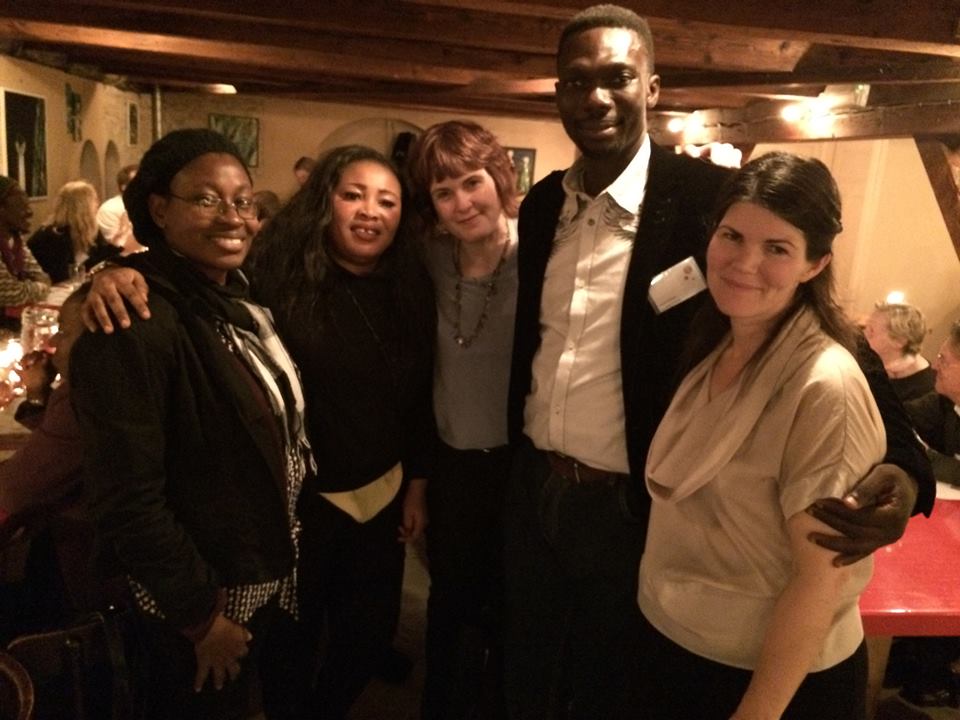