SOAS Archives is pleased to announce that the papers of the anthropologist and museum curator Dr Johanna Agthe (1940-2005) are now available to researchers at SOAS Library, University of London. The following biographical overview of Johanna Aghte and description of her papers (Ref: MS 381135) is taken from the catalogue overview authored by Elsbeth Court (SOAS Subject Lecturer in African Art). SOAS Archives would like to acknowledge Elsbeth’s excellent work arranging and describing the papers of Johanna Agthe and to thank her for helping us make Agthe’s fascinating archive available for present and future generations. 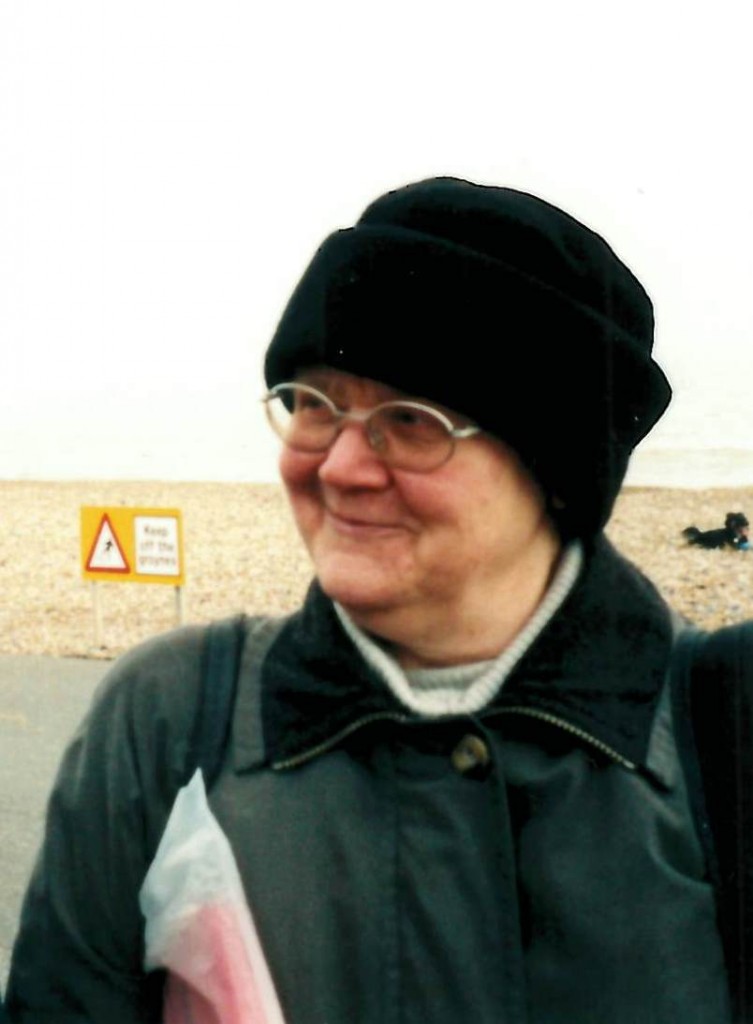 Dr Johanna M. C. Agthe was born in Berlin, Germany, during the turmoil of World War II, of bookish parents who had been refugees from Latvia; her family moved several times before settling in Hamburg. This background imbued Johanna with astute sensitivity toward outsiders of all kinds. She studied history and then social anthropology at Georg August University, Göttingen, which led to her dissertation about the images in travel books of Oceania as a source for ethnography, 16thc. – 18thc. In 1966-67, she worked at that University, then in 1968, moved to the Berlin Museum of Ethnology (SMPK). There she was Director of their progressive Junior Museum and curator of several innovative thematic exhibitions such as African power objects: figurines and amulets.

Between 1971-2003, Dr Agthe worked in the Frankfurt Museum of Ethnology (für Völkerkunde), starting as a ‘custodian’ or curator and leaving as assistant director. From the start, she promoted a definition of visual culture that was inclusive of differing kinds of art works and art worlds, in particular of modern art. She insisted “ it did not seem justifiable to exhibit only classical and colonial art, and then leave a vacuum and to act as if is was nothing.” (1998. Trans. In Contemporary African Art at the Museum of Ethnology. ’34th International Forum Africa’ Vol. 3, pp. 277-280). To showcase modern art at the Museum, Agthe worked with her director Josef Franz Thiel and curatorial colleagues to plan and realise Galerie 37. “With the Galerie 37 project, she [they] already set the gold standard by which curatorial innovation in large ethnology museums can be measured.” (S Kasfir, ‘African Arts’ Autumn 2005, p. 84).

During her art visits to east Africa over thirty years, she assembled a regional art collection, comprised mostly of paintings, many of which are featured in her vast compendium ‘Wegzeichen_SIGNS Kunst aus Ostafika 1974-89’. She wrote, sometimes jointly, over 40 publications to support the collection, her exhibitions and methodology. Agthe described her selection process as “anthropological” in that she favoured figurative imagery that represented daily living and connections between art and society. She opined abstract imagery was “disconnected” from traditions (unpublished interview, H. Ernst, 1996). Her primary research method was the artist’s interview, to give voice to the maker, which was rarely heard in the early years of her research. Her most extensive studies are for Joel Oswaggo (1991) and Jak Katirakawe (2001). 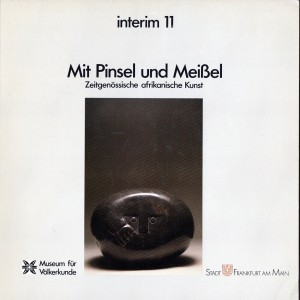 The archive of Johanna Agthe comprises 24 files, containing some 640 items, resonant with Agthe’s research and its development into numerous publications and exhibitions concerning contemporary African visual culture. The papers includes her press and journal clippings with highlights in two portfolios (assembled hastily when she was critically ill); an assortment of her publications, copies of several serial publications and ephemera. The majority of the documents originate in Kenya and Germany, while the geographical scope includes eastern Africa, the rest of Africa and some northern countries. The papers are primarily in English and German, with some Swahili, and one French document.

The archive is arranged into four series. Series 01 (Files 01-05) contains an introduction, her publications and exhibitions in Galerie 37 and two dense portfolios on the discourse of African art and artists in Africa (specific artists are listed on the Inventory List, Files 04 & 05); Series 02, 03 and 04 follow her ‘Catchwords’. Series 02 (Files 06-12) consists primarily of clippings and papers in German about exhibitions of African art that took place in Germany; File 12 is a catchall for documents that originate in places other than Germany or Africa. Series 03 (Files 13-19) pertains to documents from Kenya about culture, art and artists in Kenya; includes issues of ‘New Age’ and ‘Msanii’. Series 04 (Files 20-24) consists of clippings, documents from Tanzania (File 20), from Uganda (File 21), from southern Africa: Namibia, Zambia, South Africa (File 23), from Zimbabwe (File 24). File 22 contains four issues of the art journal ‘Bambolse’ published and edited by Atta Kwami, in Kumasi, Ghana.

The Johanna Agthe archive can be consulted in our Special Collections Reading Room in SOAS Library. Please feel free to contact us for further information.