To celebrate Women’s History Month 2015, the campaign to raise the profile of women’s history and to champion women of the past, we will be highlighting a number of historical collections held by SOAS Archives which reveal the contributions of women to events in history and contemporary society. To mark Women History Month we have sampled the early staff letter books of Butterfield & Swire for evidence of the emerging role female members of staff played in the Company and the challenges they faced.

Butterfield & Swire was established in Shanghai in 1866 as the Far Eastern trading company of John Swire and Sons. Throughout the 19th century Butterfield & Swire branches were opened and agencies established in ports in Japan, along the Yangtze River and down the China coast, including in 1870 the Hong Kong office which was accorded equal status with Shanghai. The staff letter books are the letters exchanged between John Swire and Sons London office and Butterfield & Swire’s Shanghai and Hong Kong offices. They document staff appointments and transfers, leave, salaries, employment of local staff, health, living conditions, staff conduct and discipline. 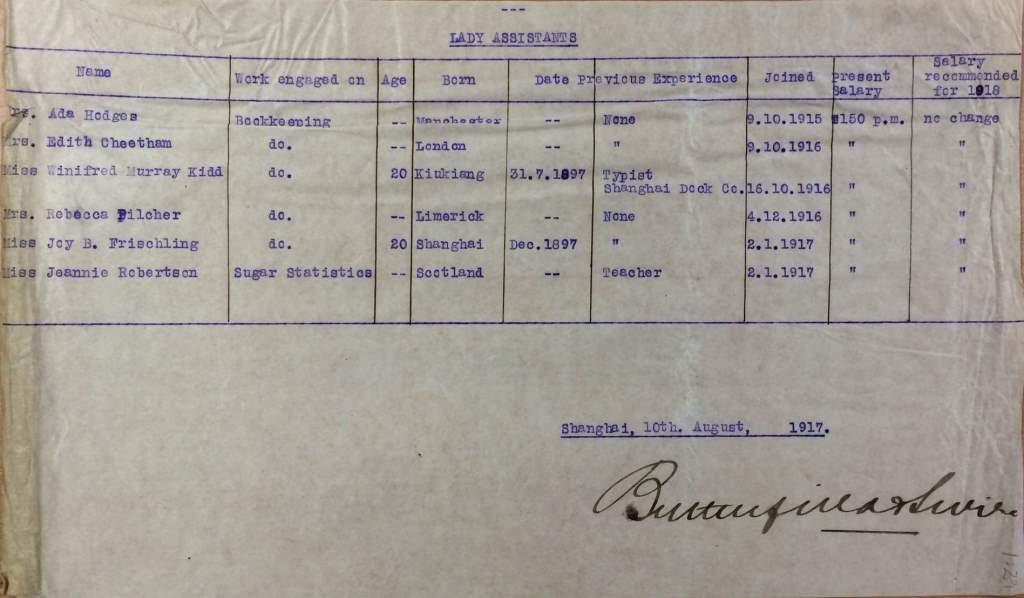 The earliest staff letter books, dating from 1892, are almost entirely concerned with male employees. However from the early twentieth century, around the beginning of World War I, we begin to see female staff routinely engaged by John Swire and Sons. As we can see from the report pictured above, the women recruited were born in both Britain and China. During this period at least, many of these women were ‘locally engaged’ i.e. that they were recruited from amongst the British expatriate community in China rather than being sent over from Britain on ‘home agreement’.

By the 1920s we begin to see women engaged on the permanent staff. This brought with it a number of benefits including salary changing to a fixed sterling rate, rather than the local currency, and admittance to the Company profit sharing scheme. 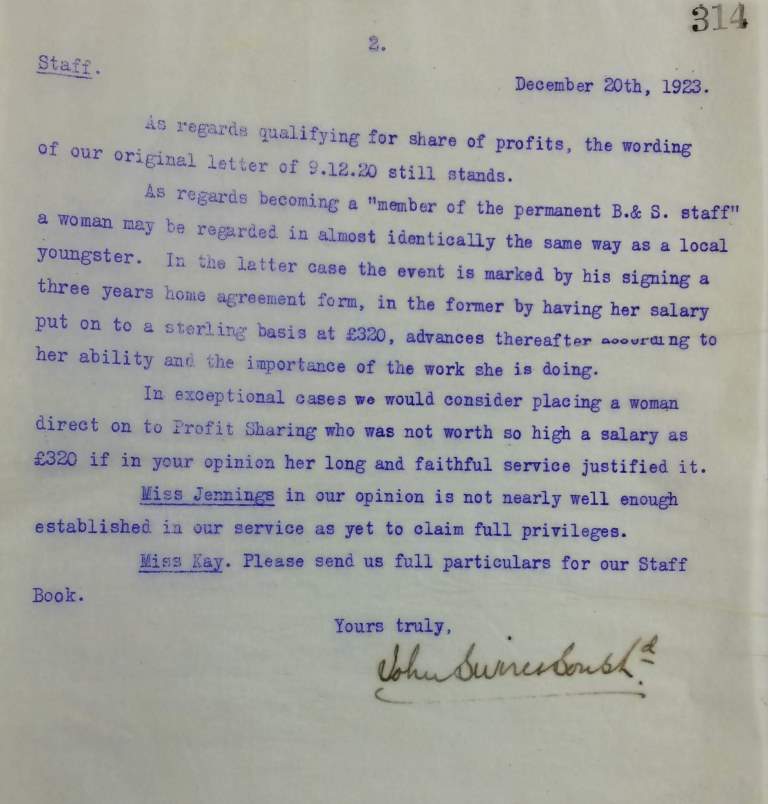 The staff letter books also provide us with valuable information on women’s salaries, terms of employment, and the type of roles they were employed for. Women at Butterfield & Swire during this period were generally employed as clerks and stenographers, working in the Private Office in Shanghai or Hong Kong or on the agency and department desks.

At the time inflation, the resulting high cost of living, and a lack of accommodation deemed suitable for women made working and living independently a challenge to the women working for Butterfield & Swire and in other companies in China. The newspaper extract pictured below was included with a letter to John Swire and Sons London Office with the comment ‘Newspaper extract is attached which represents the position fairly’. 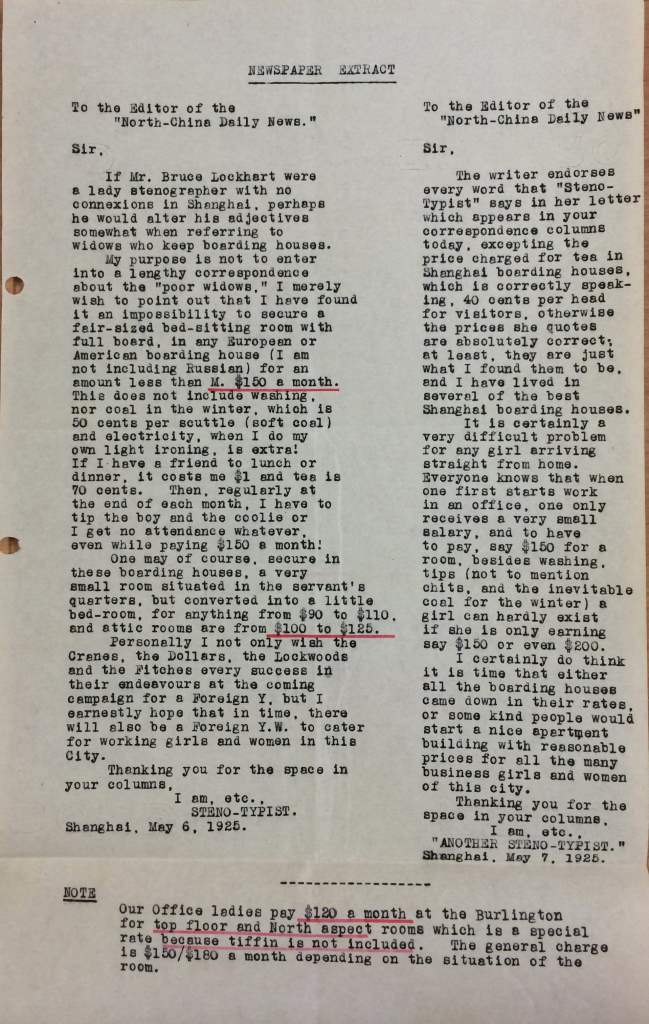 The records referred to in this article are just a sample of Butterfield & Swire female staff records. There are also other female narratives to be explored in the collection, for example, the experience of the wives, children and dependents who often accompanied male staff posted to China and Japan, and the evacuation and internment of women and children during conflict.