To mark the United Nations’ (UN) International Day for the Remembrance of the Slave Trade and its Abolition on 23rd August each year, we are highlighting some papers collected and created by the Wesleyan Methodist Missionary Society on the campaign against slavery.

The archive of the (Wesleyan) Methodist Missionary Society, held at SOAS, contains the minutes, correspondence, visual material and personal papers, documenting the missionary endeavours around the globe of a number of British Methodist organisations from the early 19th century. By-and-large Methodists (regardless of denomination) were strongly opposed to slavery and many were outspoken critics of the slave trade. Here we are highlighting a small body of material collected and created by the Wesleyan Methodist Missionary Society (WMMS) on the slave trade, principally focusing on the transatlantic slave trade. 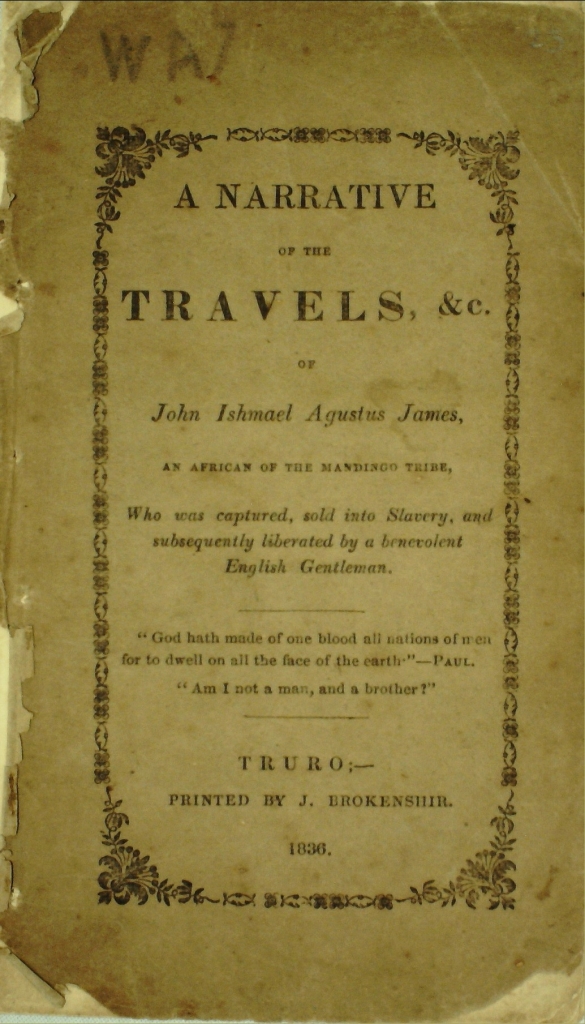 This printed material includes campaigns to encourage the public to refrain from purchasing the products of slavery (particularly rum and sugar), improving the current conditions of the enslaved, the immorality of slavery, on how and at what speed to abolish slavery, criticism of the 1807 and 1833 acts on slavery, complaints of religious persecution, comments on education and apprenticeships, criticism of compensation for slave owners and comparisons between different racial groups. Later material includes publications on the British Government’s role in opposing slavery and its interaction with other nation states, criticism of the rulers of Dahomey, and the promotion of the cotton industry in connection with West Africa. There are also a few items relating to slavery in North America, India and Southern Africa. Additionally, there are a couple of slave narratives, including ‘The narrative of the travel, &c of John Ishmael August James’ (1836).

Amongst the small amount of archival papers within the anti-slavery papers there is also a slave narrative by James Will, from the ‘land of Akue’ (possibly Gambia) and he discusses his life before, during and after his enslavement. The other significant item is a volume of correspondence, dating from late 1832 to the summer of 1834, of letters received by John Beecham, secretary of the WMMS, relating to the ongoing campaign to abolish slavery. Authors of said letters include Thomas Fowell Buxton and his wife Priscilla, Richard Matthews, Thomas Pringle and John Byng. The volume also includes some of Beecham’s printed letters to members and supporters of the WMMS.