SOAS has held the archives of John Swire & Sons since the 1970s, and for three years has had a dedicated archivist sponsored by the company to work on developing the collection.

This post aims to give a bit of background to the history of the company and the significance of the collection. Future posts will focus in more detail on how access to the collection is being improved.

Today one of the most successful companies in the world, the Swire Group has a long and illustrious history of trade in China. For almost two centuries the firm has been prominent in shipping, trade and related circles in East Asia.

Swire was first established by John Swire in Liverpool in 1816 as an import-export business dealing mainly in textiles. He expanded his merchant business in 1832 to include his two sons, John Samuel and William Hudson and over the next twenty years the company developed the scope of its trading activities to cover America, Australia and China. Following the death of John Swire in 1847, John Samuel Swire assumed leadership and the company grew from its modest beginnings as a cotton import-export house to export all manner of goods. These goods ranged from fencing wire and cement to olive oil and Guinness before the family turned to the new China trade and began importing teas and silks in place of American cotton. 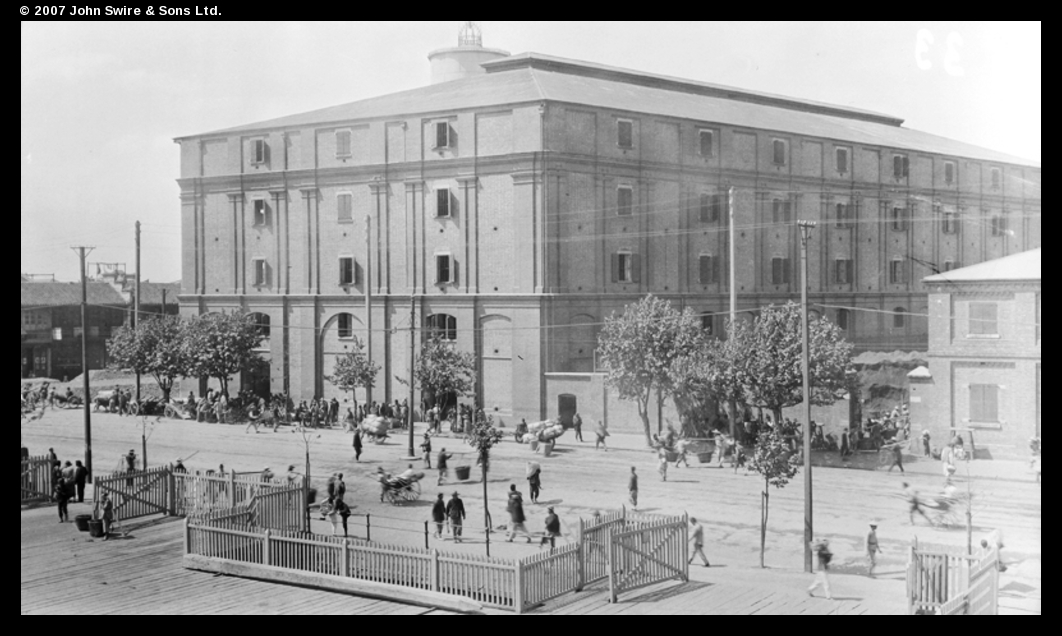 John Swire and Sons acquired the agency for Alfred Holt’s Blue Funnel Line and, in 1872, with Holt’s backing, Swire formed the China Navigation Company (CNCo). Managed by Butterfield and Swire in Shanghai, the CNCo tapped the potential for steam shipping on the Yangtze river, the only route at that time for Western trade with the interior of China. 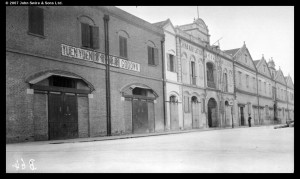 JS&S further expanded their involvement in the shipping industry two years later with the purchase of two coasters from Scott’s and subsequently formed the Coast Boats Ownery in 1874. The CBO went on to monopolise the China coast trade in ‘beancake’ and later expanded its reach throughout South East Asia, Australia, New Zealand and Japan before being amalgamated with CNCo in 1883. 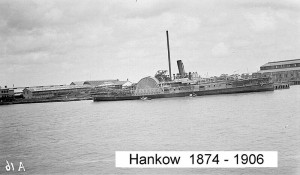 Fierce competition in the shipping industry led JS&S to diversify and, inspired by the success of the CNCo in trading raw cane sugar from Java, work started on the Taikoo sugar refinery by the mid 1880s. Hugely successful, Taikoo sugar grew to have its own fleet of sugar carrying ships by the turn of the century. The success of JS&S shipping enterprises led directly to the establishment of the Taikoo dockyard in 1900 to service and repair the vessels upon which trading relied. 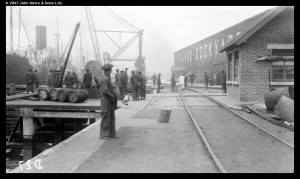 Subsequent enterprises included the Tientsin Lighter company (1904) before the company became a limited company in 1914 following the expiration of the original partnership agreement. John Samuel Swire’s eldest son John [Jack] was appointed as first chairman of the new limited company and for the next two decades the company enjoyed a period of great expansion. The Taikoo Chinese Navigation Company was registered in 1930 and four years later the Orient Paint, Colour and Varnish Company was opened in Shanghai.

The Second World War threatened the survival of JS&S. The firm was pushed out of China by the Japanese invasion and its empty properties suffered badly at the hands of looters and from bomb damage. Under the chairmanship of Jack Swire’s son, John ‘Jock’ Kidston, however, the company survived and began, upon the regaining of their offices in Hong Kong and Shanghai, to rebuild its interests in the East.

Subsequent diversification has included the investment in road haulage companies in Australia (notably in the cold storage and freezer transport sector) and the expansion into air travel with the investment in Cathay Pacific from 1948 onwards.

The vast bulk of the collection comprises correspondence (though there are a number of financial, technical and personnel records too). What is notable about the collection is the frankness of the letters sent between the London Directors and their managers in the East (particularly the early correspondence series). These shed light, not only on the management of the business, but also the challenges faced by the company during some turbulent times, both in the UK and the East.